What Supreme Court Justices Have Taught Me about Life and Law 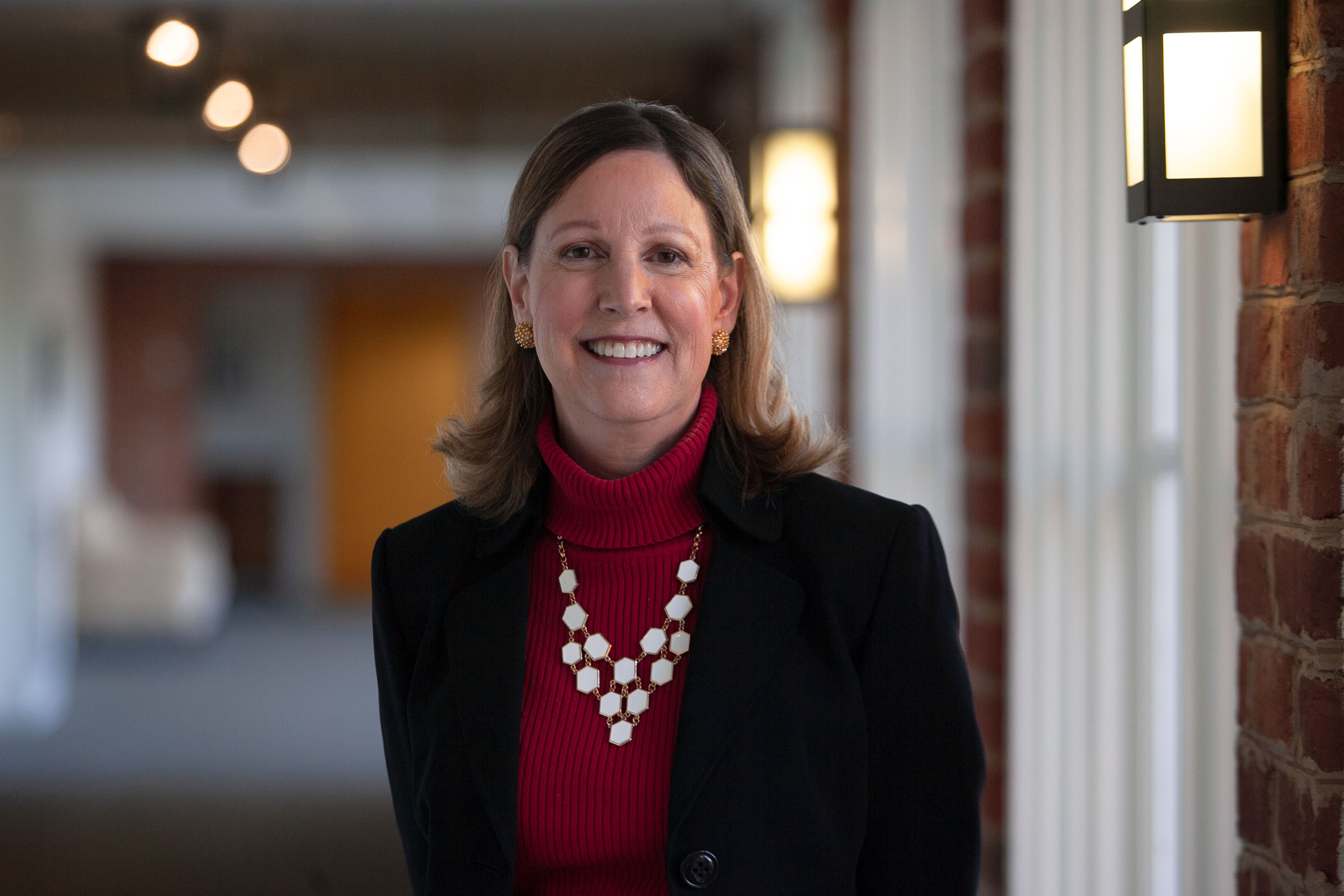 Barbara A. Perry is the Gerald L. Baliles Professor and Director of Presidential Studies at UVA’s Miller Center. Ms. Perry is a presidency and U.S. Supreme Court expert.

Those UVA alumni who studied with renowned constitutional law scholar, the late Henry J. Abraham, James Hart Professor of Government, Emeritus, know that he would always go the extra mile to support his students, whether they be undergraduates flocking to his “Con Law” class, Ph.D. candidates hoping to mold themselves in his scholarly image, or law students escaping the ennui of North Grounds to take his seminars that were as entertaining as they were informative.

Perceptive advice from a senior grad student guided my choice of dissertation topic and supervisor: choose a subject that will never grow tiresome and a professor who inspires you to achieve the heights you aspire to in your field. Thus, I selected religion, race, and gender in Supreme Court appointments as my topic and the pioneer in judicial nominations, “Mr. Abraham,” as his Cavalier followers called him, to guide my final requirement for earning a doctorate.

“Go to the Supreme Court to interview justices about their selection,” he encouraged, as I began my research. When I wondered out loud how a lowly grad student would get her foot in the imposing bronze doors of the Marble Temple on Capitol Hill, Professor Abraham offered to start with his friend Justice William J. Brennan, Jr. Thus began my schooling by the black-robed members of the “Priestly Tribe.”

Lesson 1: Remain humble no matter how high your office. Exiting the Court building after taking our class to oral argument, Mr. Abraham instructed me to phone Brennan’s secretary who would arrange an interview with the justice for me. She asked me to hold the line, while, I assumed, she checked her boss’s calendar. “Hi, this is Justice Brennan,” came the next voice on the call. Exuding warmth, he invited me to come see him on April 1st. And it wasn’t an April Fool’s joke. He was as charming in person as on the phone, and my research was off to an exhilarating start.

Lesson 2: Be generous with your time and knowledge. Another Abraham friend, Justice Lewis F. Powell, Jr., was next in line, and at the end of our conversation in his chambers, I took out a black-and-white photo for him to sign. (I couldn’t afford the color version in the Court’s gift shop.) “Oh, we can do better than that!” he chuckled and plucked a color picture of himself from his desk. He signed both copies. I gave one to Professor Abraham and display the other in my office to this day.

Lesson 3: Pull those behind you up to the heights you’ve achieved. Now I was on my own, and I reached out to Justice Sandra Day O’Connor, my hero as the first woman on the high bench. When I asked her about gender’s role in her life, she observed that she wanted to assist me, a young female scholar, in my work.

Lesson 4: Maintain your sense of humor. When I reached out to new Justice Antonin Scalia to talk to him about the “Catholic seat,” he agreed, “if that’s what you think I sit in!”  When a friend of mine once spotted him at a Washington health club, he asked the burley exerciser if he was Justice Scalia. “No, he’s thinner than I am,” the waggish justice replied. I’ve never felt prouder than when he came to the University to deliver the 2010 Abraham Lecture in Henry’s honor and declared my introduction the “best” he had ever received.

Lesson 5: Be gracious—even to strangers. One justice, who shall remain nameless, rested his feet on the desk and pulled his knees up to his chest, as I interviewed him. A more defensive posture was hard to imagine.

Aside from these life lessons, I obviously learned about the institution that has been a focus of my scholarly life:

Lesson 6: View the Supreme Court as the people’s tribunal. After serving as a Judicial Fellow at the Court in 1994-95, for which Professor Abraham had supremely prepared me, I returned frequently to take my Sweet Briar College students to oral argument and to teach in the Supreme Court Historical Society’s Summer Institute for Teachers. Chief Justice John G. Roberts, Jr. always put the teachers at ease when he opened his presentation with “Welcome to your Court!”

Lesson 7: The Court should look like America. When asked in 1985 about the “Black seat,” then held by his friend Justice Thurgood Marshall, Brennan commented that he thought such a seat should be maintained, but added, “Then fifty years from now, we won’t even notice the color of a fellow’s skin. And that’s how it should be.” We have thirteen more years to go to achieve his prediction.

Lesson 8: Justices should aspire to neutrality. As a Supreme Court Fellow, I attended a meeting Justice Scalia had with Italy’s ambassador to the U.S., who asked the devout Roman Catholic if his pro-life position resulted from his religion. No, Scalia replied, his votes in abortion decisions came from his reading of the Constitution.

Lesson 9: The Court sometimes takes on the persona of its leader. When Chief Justice William H. Rehnquist delivered the 2003 Abraham Lecture, I decided to leave a bottle of my favorite bourbon (de rigueur for this Kentuckian) as a welcome gift for “the Chief” when he arrived at the Boar’s Head Inn. That evening at the gala dinner in his honor, he smiled broadly and shouted across the crowded dining room, “Thanks for the whiskey, Barbara!” Despite differences more liberal justices had with the conservative Rehnquist, they described his leadership style as “affable,” and the institution suffered fewer personal spats during his tenure than it has occasionally in its history.

Lesson 10: Justices are people, too. Despite their image of remaining above the fray of electoral politics, members of the high tribunal suffer the same trials we mere mortals do. In April 2005, I delivered a lecture at the Court, where Justice Ruth Bader Ginsburg introduced me. Another of my heroes, for her pioneering work in gender equity, I was a bit disappointed that she was quite shy in my attempts at conversation. Several days later, my dear mother passed away, and, shortly after, I received a handwritten condolence note from RBG, who had lost her mother the day before her high-school graduation: “No matter our age, the loss of a parent is like no other, but you can take comfort in knowing that your mother was proud of all that you accomplished.” The justice’s thoughtfulness sustained me.

The historic nomination of Judge Ketanji Brown Jackson reminds me of all the interactions I have been fortunate to experience with a majority of the twenty-five justices who have served since my first visit to the Court in 1974. Judge Jackson, who, if confirmed, will make the tribunal more symbolically representative, has voiced her commitment to judicial neutrality, much as Justice O’Connor did to me in 1985: “We are all the sum total of our experiences,” the first woman justice observed about her gender, “but each day when I cross the threshold of this Court, I put that behind me and decide cases based on the law.”

The 22nd Henry J. Abraham Distinguished Lecture will be delivered by Ken Feinberg at the Miller Center and online, on May 6, 2022, at 11 a.m. Register at https://millercenter.org/news-events/events/kenneth-feinberg-weighing-value-human-life. Follow Ms. Perry @BarbaraPerryUVA.