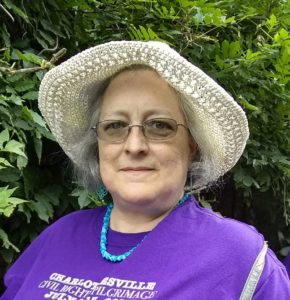 Patricia (Patsy) Goolsby is the Assistant General Books Department Manager at the University of Virginia Bookstore, where she has worked for twenty-seven years. In this Thoughts From the Lawn, Patsy shares summer reads that are relevant to our times, our history, and our future.

I continue to be deeply interested in the history of America’s racial divide. It seems essential to me to learn all of this stuff that I was not taught growing up. It is terribly important to look at painful truths with clear eyes. However exploring the racial divide can amount to seeing a whole alternative world view right in one’s own backyard, not just uncovering painful truths. Sometimes it is just stirring.

Often one learns the truth from fiction. I was eager, and not disappointed, to read My Monticello, a short story collection by Charlottesville resident Jocelyn Johnson.  Reviews suggested I was in for depictions that got Charlottesville and UVA just right. In the lead story, “Control Negro,” a Black professor tries to raise his son to be as much like his “Average Caucasian Male” students as possible--as a control in an experiment. Under the right conditions, wonders Prof. Adams, could America “extend her promise of Life and Liberty to me too, to someone like me?" In the end, he discovers that, as Zyahna Bryant once told the New York Times, “You are still black,” Devastating. 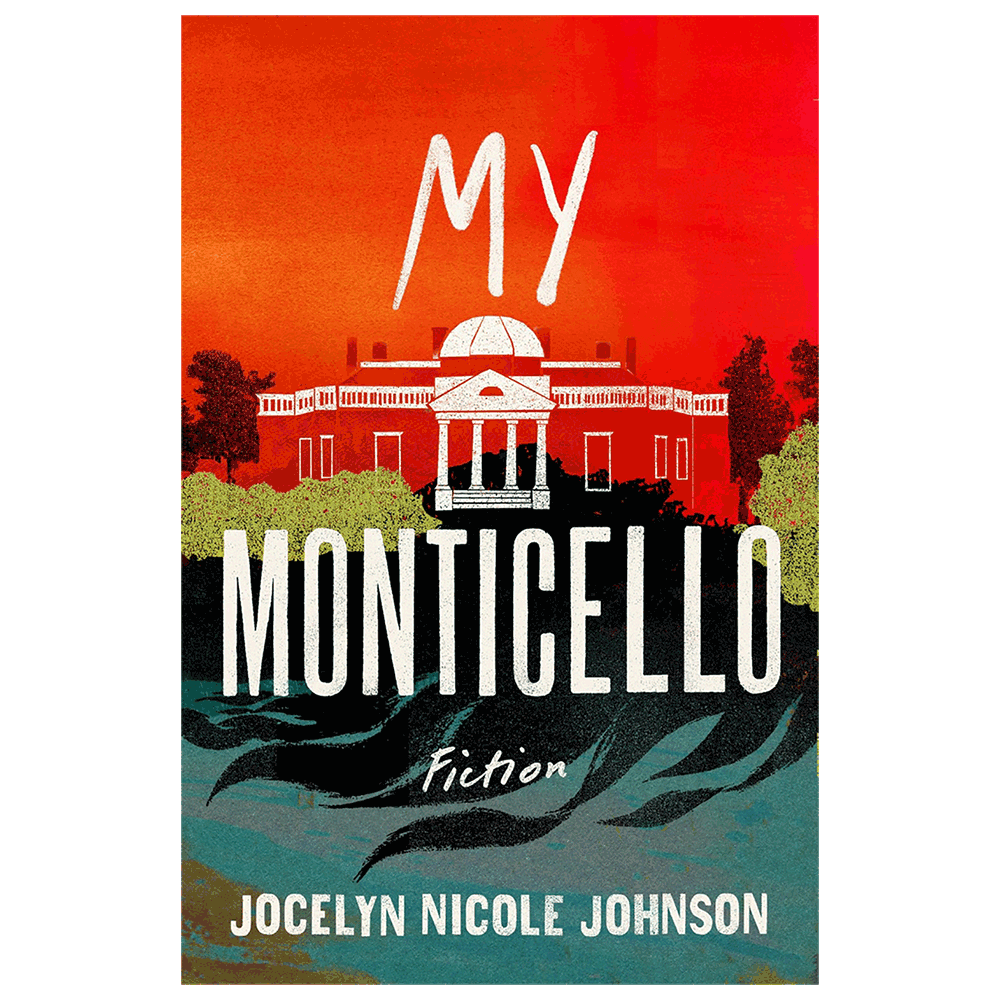 The title novella is another moving thought experiment. In the near future, Da’Naisha, a Black UVA Student, descended from Thomas Jefferson and Sally Hemings, tries to rescue her family and her Charlottesville neighbors from riotous invaders, “the men,” the 2017 mob returned to ransack our city. She drives her crew, in a JAUNT van, to her ancestors’ home: Monticello. Johnson’s story is challenging and humorous---I laughed out loud when Da’Naisha and her explorer party encounter “the orchard people,” not at all the yuppie sophisticates from the Mountain Orchard ads, but rather the Hollywood horde defending the village from “the Other”—yet I identified with Da’Naisha’s white boyfriend, a member of the dominant culture, and yet an “other” in respect to Da’Naisha’s people. Who does Monticello---slave labor camp, home, and World Heritage Site---really belong to?  As “the men” approach the mountain, we hope Sally Hemings’s heir holds her Monticello, against all odds. When I finished reading, I had to remind myself that the 2017 mob has not (yet) returned to Charlottesville.  Engrossing.

This spring, I moved directly from a reading of Johnson’s fictional Monticello to studying Clint Smith‘s How The Word Is Passed: Reckoning History Slavery Across America, a travel log/historiographic analysis of how historic landmarks are curated to reveal or conceal history.  Smith is a poet, and his descriptions are lush with a poet’s imagery. Smith’s Monticello tour guide wasn’t just an older white guy but his “blue-and-white-striped oxford shirt [was] short-sleeved but a size too big, leaving his sleeves fluttering along his elbows when a light mountain breeze passed by [while] his crisply ironed khaki pants sat high on his waist,… ” Thus it is a bracing surprise when this guide turns to telling of Jefferson giving presents to his children. He says “Those presents were human beings among the enslaved community.” (Those presents would have been Da’Naisha’s family.) Clearly this tour guide, despite his white grandfather façade, understands the history that I was not taught as a child. Provocative. 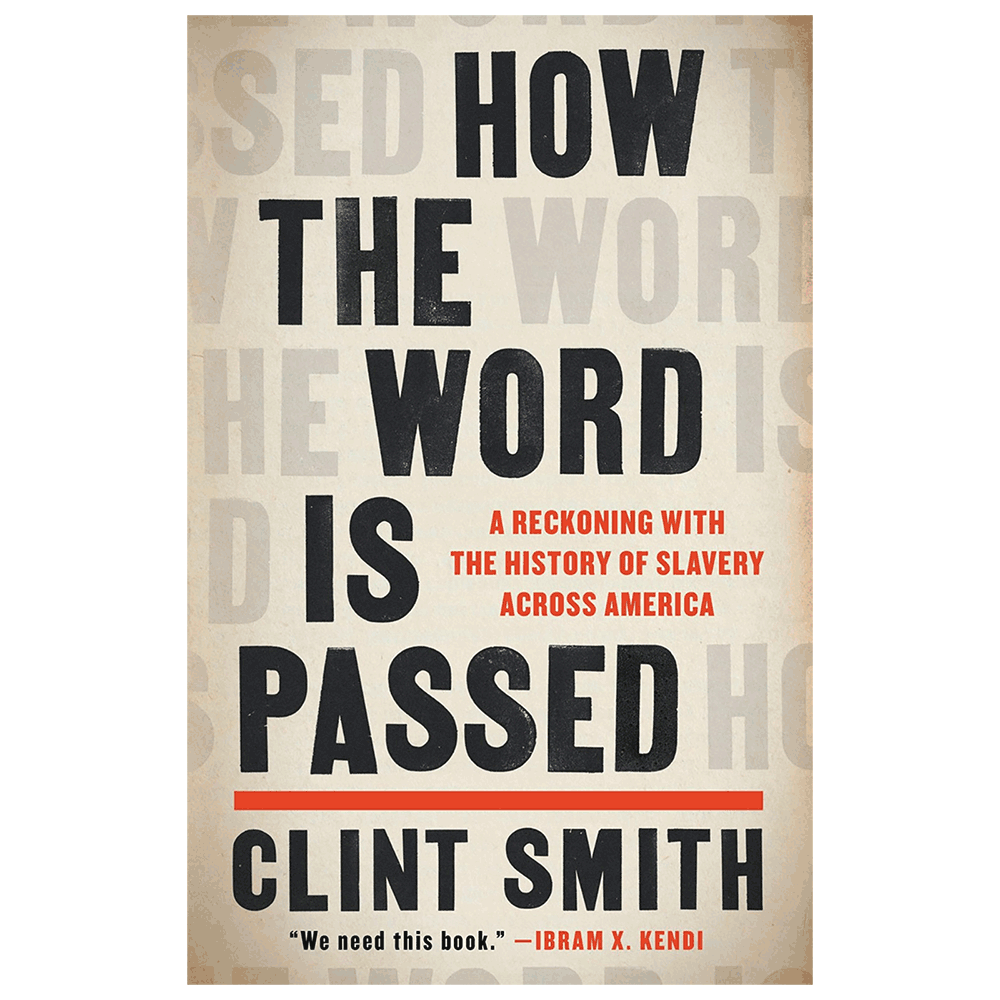 By contrast, on a tour of Angola Prison, Smith’s guide, Roger, has little to say about the prison’s history as the slave plantation that it still resembles, other than: “I can’t change that [past].” For Smith, Roger’s distancing himself from, with faint acknowledgment of, enslavement, brings to mind “all of the ways this country attempts to smother conversations about how its past has shaped its present. How slavery is made to sound as if it happened in a prehistoric age instead of only a few generations ago.” Disheartening.

Smith’s other destinations run the gamut, from Whitney Plantation which is curated as an exemplar of Black history to Gorée Island, Senegal, of which he learns (from none other than UVA’s Louis Nelson) that the famous “Door of No Return” was not what it is alleged to have been. The “word is passed” in a variety of ways. Eye-opening.

As a white woman, and a bookseller, not a professional scholar, I do wonder what my role should be disseminating, or purveying, the history of race in America. My modest hope here would be to spark interest among fellow miseducated Caucasians. Besides learning the uncomfortable things we were not taught, you might find the discovery as affecting as I have.