Thoughts From the Lawn has a spooky treat this Halloween weekend! Composer, screenwriter, and adjunct film lecturer Matthew Marshall in the Department of Media Studies at the University of Virginia leads us on a trail of horror film history, iconography, and deeper social meanings.

“What? You’re taking a Horror Film class? What do they test you on: how to properly vanquish vampires and expel poltergeists?” Understandably, many parents have these responses when they learn that their child is engaged in the academic study of horror films, so I am thrilled to have an opportunity to discuss what we do.

When non-horror fans hear “Horror film,” they often think, gore, splatter, scantily clad teens, and cheap production. It is true. There have been plenty of those types of films in the last 50 years, post censorship (1968), often dwelling on the worst of human behavior. However, the Horror film genre is now over 100 years old, with its start generally accepted as 1920 with the release of the silent films Dr. Jekyll and Mr. Hyde starring John Barrymore and the German Expressionist thriller, The Cabinet of Dr. Caligari starring Conrad Veidt.  Next year, 2022, it will be the 100th anniversary of Nosferatu (1922), the first screen adaptation of Dracula, starring the iconic Max Schreck as Count Orlock. 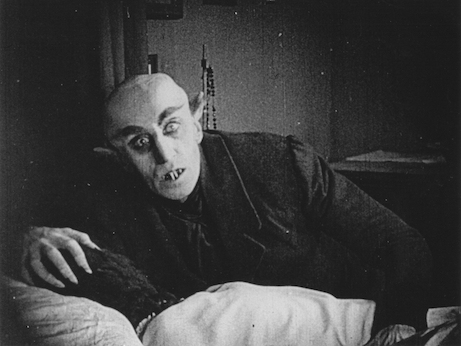 The Horror film is more diverse than you may realize. It has had many periods, styles, and themes. Its most important character is the Heroine, who often must vanquish the Monster on her own (known as The Final Girl). Its better writers and directors have avoided exploitation and have steeped their works in rich mythology, infused with social subtext.

Our Horror film course focuses on the genre in the way a geneticist or genealogist might approach their work. Students analyze a film each week, logging in up to 100 data points on Horror plots, themes, character types, iconography, ideology, social context, editing, and cinematic techniques. As we move chronologically, we look for recurring patterns and elements. Then, we look for anomalies and novel variants, tracking how the Horror film evolves. Think of it as Horror film forensics, tracing the DNA of the genre back to its primary works from the silent era, such as The Cabinet of Dr. Caligari (1920), Nosferatu (1922), and The Phantom of the Opera (1925) through the great pantheon of monsters from Universal Studios in the 1930s; Dracula, Frankenstein, The Mummy, and The Wolfman, all leading up to the Modern Era, Post-Psycho (1960) the 1970s and current 21st Century trends, particularly, horror films coming from Japan, Korea, women, and minority creators.

Since I began teaching in 2008, I have noticed a gradual and progressive disconnection from film and television history made worse with the rise of the Smart Phone. The influx of new content on endless platforms, channels, and On-Demand providers makes it nearly impossible to keep up with new releases, let alone revisit older content. I don’t know how my students keep up.  So, the Horror course offers a guided portal into our visual past and hopefully reveals that what’s out today, is part of a much larger continuum. 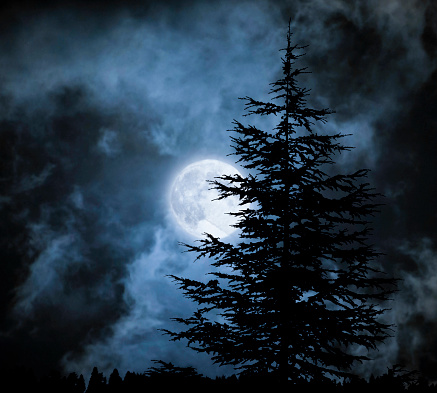 There are tried-and-true ways to scare people. You can never go wrong with suspense and as John Carpenter proved in Halloween (1978), it is a far better strategy than splatter and gross-out. Give the audience more information than the character has on the screen, and suspense will be created. At the end of Halloween, our heroine, Laurie, played by Jamie Lee Curtis, is seated in a doorway in the foreground. Suddenly, Michael Myers (the Monster) sits up in the background, just out of focus. He’s supposed to be dead. He isn’t. We know he is still alive. She doesn’t. Suspense! That will always get the audience yelling at the screen.

In the early 1940s, “I Am Legend” author, Richard Matheson sent RKO Studios Horror Producer Val Lewton a memo suggesting ways to get the audience to jump. He suggested Lewton have a sustained period of silence that is suddenly interrupted by a very loud sound. This became known as the Lewton Bus, for its successful use in Cat People (1942), when the loud sound of a bus’s brakes provides a jump scare at a climactic moment.  Also, he suggested having the audience focused on one part of the picture frame and then have something suddenly enter the opposite side. If you do that, you’ll scare them every time. Contemporary Horror Director, James Wan, of The Conjuring film series, is an incessant practitioner of these techniques.

In a world that is often divisive and fragmented, my hope is to help students reconnect with the past and see that we’ve been dealing with many of the same fears and problems for a very long time. Horror films are projections of our collective fears, and they allow us to sit safely together, and try to work them out, on-screen.