J-Term: Gender in Sport and Film - Capturing a "Moment of Folly"? 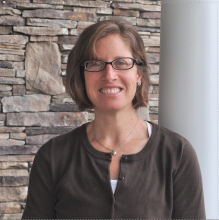 Over ten days of studying films in January Term, or J-Term, Bonnie Hagerman and her students considered issues of representation and empowerment of women in sport. Hagerman is the director of undergraduate programs and assistant professor in the Department of Women, Gender & Sexuality in the College and Graduate School of Arts & Sciences at the University of Virginia.

Lifetime Learning is pleased to share a series of UVA faculty reflections on 2021 J-Term experiences. Read more on Thoughts From the Lawn.

J-Term: Gender in Sport and Film–Capturing a “Moment of Folly”?

Here’s your challenge: Name as many sports films as you can that have a male protagonist. You have one minute. (And YES, all eight of the Rocky/Creed films count as individual entries!)

Now, name as many sports films as you can in one minute that have a female protagonist.

Welcome to WGS 3210: “Gender, Sport & Film,” where we begin the course with the challenges listed above. For most people, the first of the two exercises is usually easier because most films—especially feature films—made about sport include males as the leads. Over the ten days and twenty films of J-Term, we consider this issue of representation and how it informs our broader understanding of women in sport. We also debate the broader issue of whether the online film database IMDb has it right when it lists sport as its own genre instead of as a sub-genre of film and discuss which elements are necessary for a film to be classified as a “sports film.” In addition, we trace the importance of sport to the development of film as a medium, as one of the first feature films highlighted the boxing match between James J. Corbett and Bob Fitzsimmons in 1897. Beyond those matters of representation, genre, and history, we examine the way that feature films compare with documentaries in terms of protagonists, topics, and audience, as well as the ways they address issues of race, sexuality, and disability.

Many of these issues are central to the first film we watch, MGM’s National Velvet (1944), which helps establish a template for the rest of the course. Twelve-year-old Elizabeth Taylor plays tweener Velvet Brown, who is determined to enter her beloved horse, “The Pie,” in the Grand National Sweepstakes, the greatest horse race in all of England. When race day arrives, the horse is ready, but no worthy rider has been located. So Velvet decides to race the horse herself, impersonating a male jockey and tackling the difficult course as she rides “The Pie” to victory. But the record books elude her. After crossing the finish line, Velvet faints, falls to the ground, and is disqualified for not remaining astride her horse. Although she is delighted with her horse’s performance, Velvet refuses lucrative offers of putting her horse on display; that’s clearly not the future she wants for the horse, or for herself.

The film offers important points for discussion: Although Velvet’s mother is unquestionably supportive and facilitates Velvet’s dream, she also offers a caveat: “I, too, believe that everyone should have a chance at a breathtaking piece of folly once in his life . . . Your dream has come early. But remember, Velvet, it will have to last you all the rest of your life.” Velvet has had this one moment of foolishness—training her horse for a big race—and now, at the age of 12, the folly, and the dream, and the sport, are over. The message is clear: Velvet can race a horse, but as a female, it’s a one-time proposition. The film prompts other questions: How important is it that Velvet—the only female in the race—crosses the finish line first but does not, in the end, win the race? What is the significance that she is 12 instead of 22 or 32 and that her chosen sport involves horses—a sport that females have participated in for generations? In addition, how do race, class, and ability privilege Velvet in ways that preclude other females from enjoying a similar experience, as limited as it might be?

While National Velvet appeared in theaters over 75 years ago, it offers an important starting point for discussing female representation and empowerment in more recent sports films like A League of Their Own (1992) and Love and Basketball (2000), and even Battle of the Sexes (2017). While female athletes have provided sports fans with some recent moments of astounding achievement—the United States Women’s National Soccer Team’s 2019 World Cup win, for example—film needs to convey a similar message that women playing sports is serious business and not a lone moment of “folly.”

For those interested in recommendations for at-home viewing during these times of COVID, I have included student picks for some of their favorite feature films and documentaries from the course:

For more on 2021 J-Term, read:
J-Term: Leadership in Athletics
J-Term: Virginia and the Constitution