Questions of ethics arise in our professional and personal lives, and Mary Gentile recommends that problem-solving should go beyond placing blame and asking “what is the right thing to do?” Gentile is Creator/Director, Giving Voice To Values and Professor of Practice, Darden School of Business at the University of Virginia.

Recently I was asked to do an interview on the lessons organizational leaders – and all of us, really – might learn from the Houston Astros scandal. However, as I reflected on this most recent example of our disappointment in public figures – this time they were our sports heroes rather than our political leaders or business executives – I got to thinking about our typical reactions to this sort of problem and why too often those reactions don’t seem to help.

Typically, we do a sort of post-mortem. We try to figure out who was to blame? Was it a rogue individual? Or was there a problem with the whole context – the organizational culture? The incentives? A toxic leader? And so on. And of course, this sort of analysis is important. We can’t solve a problem that we have not properly identified. But we need to go further.

The next step is often to develop or re-visit organizational guidelines for ethical conduct; to implement a public communications strategy to communicate steps being taken and to hopefully begin to regain trust; and perhaps to implement a training effort that will help individuals to recognize problems when they arise and to know where the “bright lines” may be.

This is all useful and even necessary…but it does not really address the root challenge. In most of the cases where unethical behavior rises to the level of a public scandal, the problem is not that nobody knew there was a problem. Most of the time there are some – and often quite a few – individuals who recognize the transgressions and even feel uncomfortable with them. It’s just that they do not feel they have a choice.

We know from the most recent research on behavioral ethics that we are subject to numerous automatic, self-protective, often unconscious reactions to values conflicts. We often act out of emotion, quickly, and then rationalize post-hoc why our choices were the “right thing” to do – or the “only thing” to do. Over time, we fail to even see or feel the conflict because the rationalizations have become so powerful. 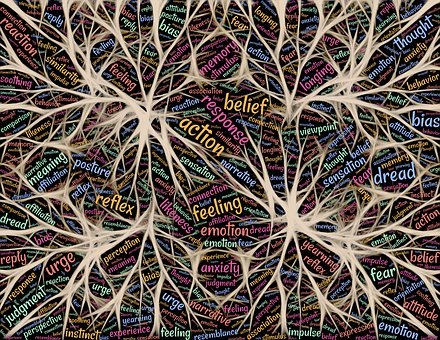 In an effort to counter these immediate reactions, we need to build an alternate automatic response. We need to sort of re-wire our instantaneous sense of what may be possible. We do this not by analyzing ethical dilemmas but rather by looking at the clear cases where we know something is “off.” Instead of spending time trying to parse whether it is truly wrong, we engage in what I call the “Giving Voice To Values Thought Experiment.” That is, instead of asking “what is the right thing to do?” in a particular situation, we present a scenario where the protagonist knows what they believe is “right” and we ask “WHAT IF he/she wanted to do this? How could they get it done, effectively? What would they need to say and do? What data would they need to gather? How might they anticipate and respond to the objections they would encounter? Who would they need to involve, in what sequence?” And so on.

The idea is that rather than focusing on what or who is good or bad, right or wrong, we spend our time on pre-scripting what we can say and do; anticipating objections and fears and concerns; re-framing challenges so as to mitigate those fears and concerns; actually rehearsing and peer coaching around the implementation and delivery of these action plans and scripts; and building a new automatic response: what I call a “moral muscle memory.”

This focus on “action” rather than exclusively on “analysis” moves us away from the blaming game and rather builds confidence, comfort, and skill. It normalizes the engagement with values conflicts, reducing some of the emotion or what is often now called “moral distress.” It engages the creative, “can do” aspects of our personalities rather than focusing on the “thou shalt not’s”. And it actually helps us to be more effective – and more thoughtful and often less blaming – about other points of view because we have to reflect on what is motivating all parties in order to design an effective response.

My conversations with individuals all over the world, in universities, businesses, NGOs, healthcare and legal and engineering settings, and so on have uncovered the great appetite for this enabling approach to values. Interestingly, although I tend to frame my conversations around business challenges, listeners almost always start drawing connections to their family lives – how they speak to their children, their parents, their siblings – or to the wider societal context – how they can speak to those who hold different political or religious viewpoints. 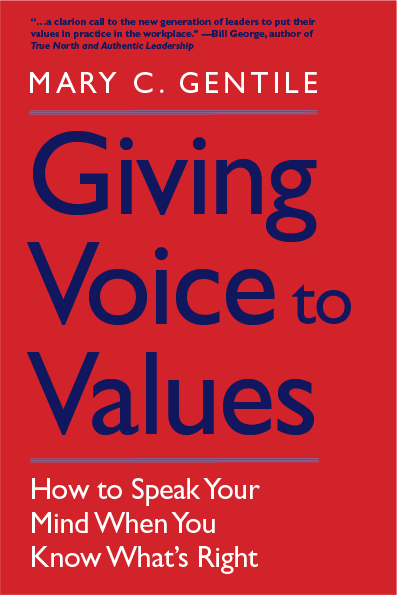 The key is to begin to shift our focus from “moral righteousness” or even “moral courage” to one of “moral competence.” Our goal is not to say that acting on our values is easy or even always possible, but that it is important and we can get better at it. It is a journey and most of all, we want folks to know that they have more choices than their automatic, almost unconscious response to values conflicts may previously have led them to believe.

For more information, see www.GivingVoiceToValues.org and take a look at “Giving Voice To Values: How To Speak Your Mind When You Know What’s Right” (Yale University Press).