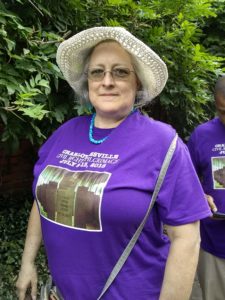 Add to your summer reading list with books that take a look back at history. Patricia A. (Patsy) Goolsby, UVA Bookstore Book-Events Coordinator, recommends a few titles that address racial awareness. Ms. Goolsby was one of 16 UVA staffers sponsored by the Provost’s Office, the Office for Equal Opportunity and Civil Rights, and UVA Human Resources to go on the Charlottesville Civil Rights Pilgrimage in July, 2018.

In this space, in December 2016, I made an admonition that proved to be life changing: “It is terribly important that those of us who can easily, blindly, remain oblivious to the ‘myriad of injustices of living while black’ attend to stories like the ones in [Jesmyn Ward’s The Fire This Time].” 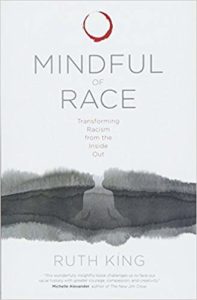 That very month I joined a “Racial Awareness” (RA) group organized by The Insight Meditation Community of Charlottesville (IMCC). The group follows Ruth King’s teachings that she eventually published in Mindful of Race: Transforming Racism from the Inside Out. By using traditional Buddhist mindfulness practice while reading scholarly work on Black History, we work to get over our easy, blind obliviousness to Black Lives. In a vivid, apt metaphor, King invites People of Color (POC) to embody the Japanese concept of kintsukuroi, “golden repair,” whereby, adding dust of precious metal to adhesive lacquer, broken pottery “is transformed into art”: “The opportunity that POC have when we come together [in RA groups] is to practice ‘golden repair.’” King compassionately teaches Whites clear-eyed insight into, and obligation to help dismantle, the structural racist privilege that we enjoy. As Ms. King prodded me to admit, I am White. 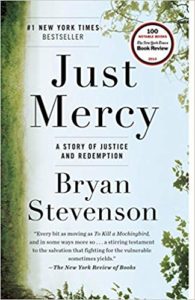 The best history books on our RA reading-list include: The Half Has Never Been Told: Slavery and the Making of American Capitalism by Edward E. Baptist, on the macroeconomics of trading in human beings; Slavery by Another Name: The Re-Enslavement of Black Americans from the Civil War to World War II by former Miller Center Fellow Douglas A. Blackmon, on the imprisonment and abuse, without ownership, of fellow humans; The Warmth of Other Suns: The Epic Story of America’s Great Migration, Isabel Wilkerson’s many engaging sagas of families escaping the lands of (re-)enslavement; Blood Done Sign My Name by Timothy B. Tyson, on his hometown’s extra-judicial murder; Just Mercy, a memoir of continuing the legal battle against racist injustice, by Bryan Stevenson, founder of The National Memorial for Peace and Justice (The Lynching Memorial); and Ibram X. Kendi’s comprehensive, rewardingly readable, Hegelian survey, tying the forgoing together: Stamped from the Beginning: The Definitive History of Racist Ideas in America. 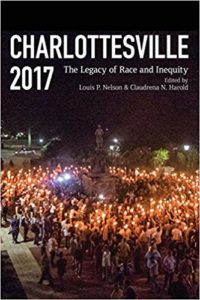 As a participant in 2017’s counterprotests, I highly recommend Charlottesville 2017: The Legacy of Race and Inequity. Claudrena N. Harold, UVA Professor of History and African American Studies, and Louis P. Nelson, UVA Vice Provost for Academic Outreach, collected essays, written from a wide range of faculty perspectives, on #Charlottesville, including: a timeline from 1607 to “A12”; the backstory of the Blue Ribbon Commission on Race, Memorials and Public Spaces, told by Commission Vice Chair, Professor John Mason; post-Appomattox history, by Professor Elizabeth Varon; and the sordid tale of UVA’s eugenics curriculum, by P. Preston Reynolds, MD, Professor of Medicine and Nursing. 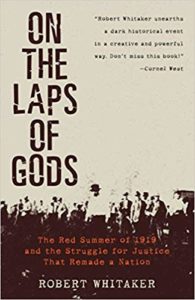 Most recently, I could not put down Robert Whitaker’s 2008 work, On the Laps of Gods, which will be quite topical as the country marks the 100th anniversary of “The Red Summer” of 1919.  In horrifying detail, Whitaker relates his meticulous research into what actually happened in Elaine, Arkansas, during the worst of 1919’s racist massacres. There, fewer than 10 Whites and two to three hundred Blacks were murdered, yet no Whites and 70-some Blacks were initially condemned, 11 of them to death by electrocution. The engrossing second half of the book follows the fight for the innocent convicts, by Arkansas lawyer, born a slave, Scipio Africanus Jones. Through the racist Arkansas courts, alternately with, and despite, the help of the NAACP, Jones perseveres, ultimately persuading the U.S. Supreme Court to change legal precedent.