Melody C. Barnes, Executive Director of the UVA Karsh Institute of Democracy and Co-Director for Policy and Public Affairs for the Democracy Initiative 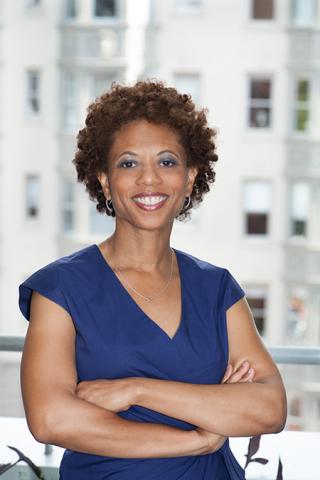 MELODY C. BARNES
Executive Director of the UVA Karsh Institute of Democracy and Co-Director for Policy and Public Affairs for the Democracy Initiative

Melody Barnes is executive director of the UVA Karsh Institute of Democracy and co-director for policy and public affairs for the Democracy Initiative, an interdisciplinary teaching, research, and engagement effort led by the College and Graduate School of Arts & Sciences at the University of Virginia. She is the J. Wilson Newman Professor of Governance at the Miller Center of Public Affairs and is also a senior fellow at the Karsh Center for Law & Democracy and affiliated faculty member at the School of Law.

During the administration of President Barack Obama, Barnes was assistant to the president and director of the White House Domestic Policy Council. She was also executive vice president for policy at the Center for American Progress and chief counsel to the late Senator Edward M. Kennedy on the Senate Judiciary Committee. Her experience includes an appointment as director of legislative affairs for the U.S. Equal Employment Opportunity Commission and assistant counsel to the House Judiciary Subcommittee on Civil and Constitutional Rights. Barnes began her career as an attorney with Shearman & Sterling in New York City.

Discovery: Paris’ African American History. Today, get an introduction to African-American history in Paris during a city tour. Discover the Paris that welcomed Josephine Baker, Langston Hughes, and other African-American luminaries. From Sally Hemings to Richard Wright, African Americans have long found an acceptance in Paris that they did not find at home in the United States.

See the favorite haunts of Langston Hughes, W.E.B. DuBois, James Baldwin, and others as you ride along the Champs Elysees, drive through the Latin Quarter, and see other Paris districts. Then take a short stroll through the artsy neighborhood that was home to Henry Ossawa Tanner, Miles Davis, Bud Powell, and other writers and entertainers from the African-American expatriate community.

Montmartre is where the first African American community developed following World War I and where Langston Hughes lived during his time in Paris. 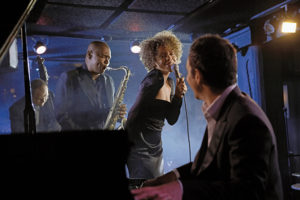 During an excursion through this history-steeped neighborhood, learn how New York’s Harlem Renaissance influenced Paris’ music scene. Tonight, join your travel companions at a jazz club to enjoy French cuisine and a memorable jazz concert.

Sample your way through France’s culinary heritage. With an expert leading the way, discover several of Paris’ tastiest artisan-made foods from cheese 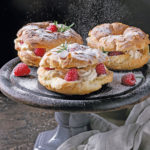 Continue on an informative tour of the Musee du Quai Branly, one of Paris’ premier cultural institutions. Opened in 2006, the museum features collections focused on non-European cultures with a rich variety of art, artifacts and objects from Oceania, Asia, Africa and the Americas.

Take advantage of a full day at leisure to craft your own path through Paris or join our Elective Activity to Versailles, France’s grandest palace. You’ll have the opportunity to admire its lavish galleries and walk in the footsteps of kings, queens, and courtiers.

Join award-winning writer Jake Lamar to discuss his experiences with living in Paris. Then discover the history of the Left Bank, the heart of Paris’ philosophical and literary culture. 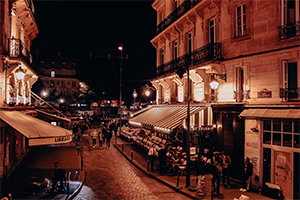 Home to the Sorbonne and the Latin Quarter, this is where the African American community and other communities of the African diaspora thrived. See where musicians, such as Miles Davis and Bud Powell, lived and played their music.

Cruise the Seine River for a unique perspective of this magnificent city. While gliding along this romantic waterway, pass by the recently renovated Notre-Dame Cathedral, the Louvre Museum, Île St. Louis, and other enchanting sights that seemingly leap from a storybook.

After an afternoon of free time, gather for a special Farwell Reception and Dinner to cap off your French adventure.

This charming family-friendly boutique hotel is nestled in the heart of historical Paris, in the famous and trendy district of Le Marais. It is just minutes from the Place des Vosges, Picasso Museum, Carnavalet Museum, Place de la Bastille and the Bercy business district.

Guests will find a range of bars, restaurants, and nightlife venues close by and shopping opportunities can be found at Bastille, a 10-minute walk from the hotel. Links to the public transport network are within 200 meters. Guest accommodation comprises 265 rooms.

Price Does Not Include:
• Value Added Tax and Round-trip airfare
• Items of a strictly personal nature, such as laundry and valet services, medications, telephone and cable charges, wines or liquor other than outlined in the itinerary
• Anything not listed as included

Ready to register? The best way to do this is by phone so that we can ensure we are meeting all of your needs. Please call us at 866-765-2646. Or, e-mail cavaliertravels@virginia.edu with your contact information and the best time to reach you.

Deposits can be made via all major credit cards or by Check made out to AHI Travel.

SPECIAL COVID-19 NOTICE – During the period of COVID-19 contagion, you should refrain from joining a trip if you are feeling unwell, exhibit fever or other symptoms of contagious disease, or have been in contact with a person exhibiting symptoms of contagious disease within 14 days of trip departure. Affected passengers will receive a full refund in the form of a credit applicable to a future AHI Travel program. All passengers must complete a health questionnaire and execute an Assumption of Risk and Waiver of Liability Relating to Coronavirus/COVID-19 prior to trip departure. If you cannot or will not complete and execute these documents, AHI reserves the right to consider your booking cancelled as of that day and assess applicable cancellation fees.

CANCELLATION-Cancellations for any reason from date of booking to 76 days prior to trip departure will be subject to a $300 per person administrative fee. The withheld administrative fee may be applied to a future AHI Travel program that will operate in the current calendar year or year following cancellation. The credit will be applied to the final billing and may not be used as part of the initial deposit. It is non-transferable and is not valid toward the purchase of an AHI Cruises independent cruise. Cancellations from 75 to 60 days prior to departure will result in forfeiture of 25% of the entire cost of the trip per person; 59-30 days, 50% of the trip cost per person; cancellations from 29 days up to the time of departure will result in 100% forfeiture of the entire cost of the trip. TRIP CANCELLATION INSURANCE IS AVAILABLE. AN APPLICATION WILL BE SENT AFTER YOU RESERVE. All cancellations must be submitted in writing to AHI Travel. CANCELLATION OF TRIP OPTIONS-Purchases of optional excursions, trip extensions and additional hotel nights become fully non-refundable 45 days prior to departure. Air transportation and private transfer purchases are subject only to penalties assessed by the airlines and transfer suppliers.

Explore past trip itineraries and photos to experience all the our program has to offer.