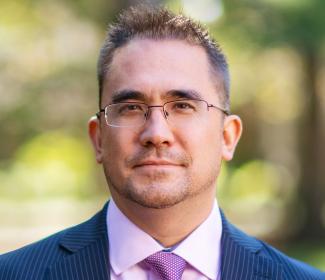 Students used their advocacy and negotiation skills to understand key lessons of Andrew Hayashi's January Term, or J-Term, course on the use of economic power to pursue foreign policy goals. Hayashi is the Class of 1948 Professor of Scholarly Research in Law and director, Virginia Center for Tax Law at the University of Virginia's School of Law.

Lifetime Learning is pleased to share a series of UVA faculty reflections on 2021 J-Term experiences. Read more on Thoughts From the Lawn.

Less than two weeks after his inauguration, President Biden reinstated a tariff on aluminum imports from the United Arab Emirates—purportedly for national security reasons—that President Trump first imposed in 2018. Whatever else their differences, Democratic and Republican administrations over the last 75 years have shown the same growing appetite for using economic coercion to pursue foreign policy goals and address national security problems.

The United States has been getting more creative at leveraging its economic influence, adding new tools to its repertoire of embargoes, sanctions, and export controls. For example, President Trump directed federal pension fund managers not to invest in Chinese companies and imposed import restrictions on information and communications technology designed by foreign adversaries. But adversaries and allies alike increasingly view these moves with skepticism. As the list of foreign—particularly Chinese—companies subject to import controls grows, it fuels objections that national security is being used as a pretext to stifle the development of foreign industrial competition. Protectionism often masquerades as foreign policy.

While practicing law before joining UVA, I had observed the acceleration of this trend and, by coincidence, spent a surprising amount of time becoming familiar with an obscure corner of the Internal Revenue Code that implements U.S. foreign policy through the tax law. When I learned two years ago that an old friend taught a short course on economic sanctions at some of our peer schools, I seized the opportunity to teach a J-Term class on the topic here at UVA. We taught the course for the second time last month.

My co-instructor, Howie Wachtel, has more than a decade of experience working at the federal government on sanctions and counterterrorism policy. His service includes a long stint at the U.S. Mission to the United Nations, where he served as a political adviser and the U.S. representative on United Nations’ Security Council committees overseeing the sanctions regimes for Al Qaeda, the Taliban, Iraq, Côte d’Ivoire, and Liberia. Mr. Wachtel brought invaluable first-hand experience and expertise to our students. I tried to play the part of the academic gadfly, provoking conversations about the basic logic of sanctions and inviting analysis of their fairness and the evidence of their effectiveness.

Students learned about how international and domestic legal frameworks provide the U.S. government with tools for promoting peace and security and countering violent extremism, and how they ground a wide range of policy responses, including the fight against ISIS in Syria and Iraq. The course covered various aspects of economic sanctions, but a recurring theme was the balance of costs and benefits from imposing sanctions multilaterally through the United Nations. We began the week with a crash course on international law and an overview of the United Nations and the Security Council. Next, we discussed the objectives and implementation of sanctions before turning to the history, theory, and evidence on sanctions’ efficacy. We then studied a series of Security Council resolutions in preparation for an exercise we arranged for the last day of class.

The centerpiece of the course was a negotiation exercise in which we assigned the students to represent the interests of the five permanent members of the U.N. Security Council and negotiate a response to a hypothetical crisis in a Middle Eastern country. Although the students’ scenario was hypothetical, it was inspired by the recent crisis in Syria. Our students are generally eager for opportunities to practice their advocacy and negotiation skills, and they were particularly enthusiastic about tackling such a fraught situation.

And yet, their enthusiasm was quickly confronted with the permanent members’ fundamentally oppositional perspectives on core principles and values. Just as in the case of the real Syrian crisis, these disagreements severely limited what they could agree to do to address any of the aspects of the problem, including humanitarian emergencies, terrorism, and democratic transition. And this was a key lesson of the course: understanding the United States’ ability to use economic power to pursue foreign policy goals requires knowing not only the formal rules and constraints embedded in laws and institutions but also the culture and politics of the moment.