On the afternoon of February 17, 2022, University of Virginia alumni, friends, and families joined Jody Lahendro, retired Historic Preservation Architect at the University of Virginia and Rebecca Bowler Kinney, St. John School alumna as they discussed St. John School and the Rosenwald School Legacy. Ms. Kinney shared her experiences of learning and growing up as a student in Albemarle County's St. John School. Mr. Lahendro discussed the architectural aspects of Rosenwald classrooms. In this Thoughts From the Lawn blog, learn more about the preservation of St. John School and the Rosenwald School Legacy as the presenters answer audience questions. 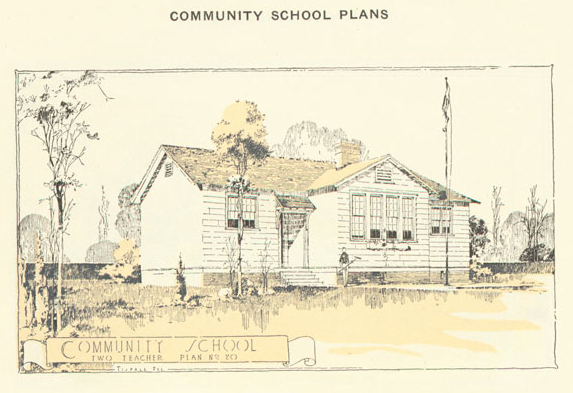 I believe there were Rosenwald schools throughout the South. Is there a directory, along with information about where the schools were located?  I am in Texas and am interested in these schools in central Texas (if any).

The more than 5,300 Rosenwald-funded schools that were constructed were spread across 15 Southern States, including Texas. The Preservation Virginia website, referenced below, is the place to start researching Rosenwald schools in Virginia. For other states, I recommend two starting points:  1) the Fisk University online archive: http://rosenwald.fisk.edu; 2) the State Historic Preservation Office (SHPO) for that state.

Is there any connection between this school and St. Paul's College, in Lawrenceville, Virginia?  The relationship with Booker T. Washington and Tuskegee means there might have been a St Paul’s relationship, too.

There is no known evidence of a direct connection with St. John School, but since St. Paul’s was founded as a black college to educate African American teachers, it clearly was a participant in the network of philanthropies and institutions working for Black educational reform in Virginia and the South. In fact, its importance in this network is evidenced by the many photographs taken at St. Paul’s College by Jackson Davis (Virginia DOE agent for Black rural schools and General Education Board officer) during his visits in the 1920s.

How did the community know where each school should be built?

Typically, it started with an African American community petitioning the all-white county school board for a school. It, of course, helped if the Black community came armed with financial backing from one or more of the Northern philanthropies (such as the Rosenwald Fund) or its own members. The county school board weighed location, number of school-age children, financial support, and political connections in making its decision. Of course, requests for new Black schools were evaluated against the needs of white schools, which often took priority. This process changed over time as the state bureaucracy wrestled away control over such decisions from the local count. 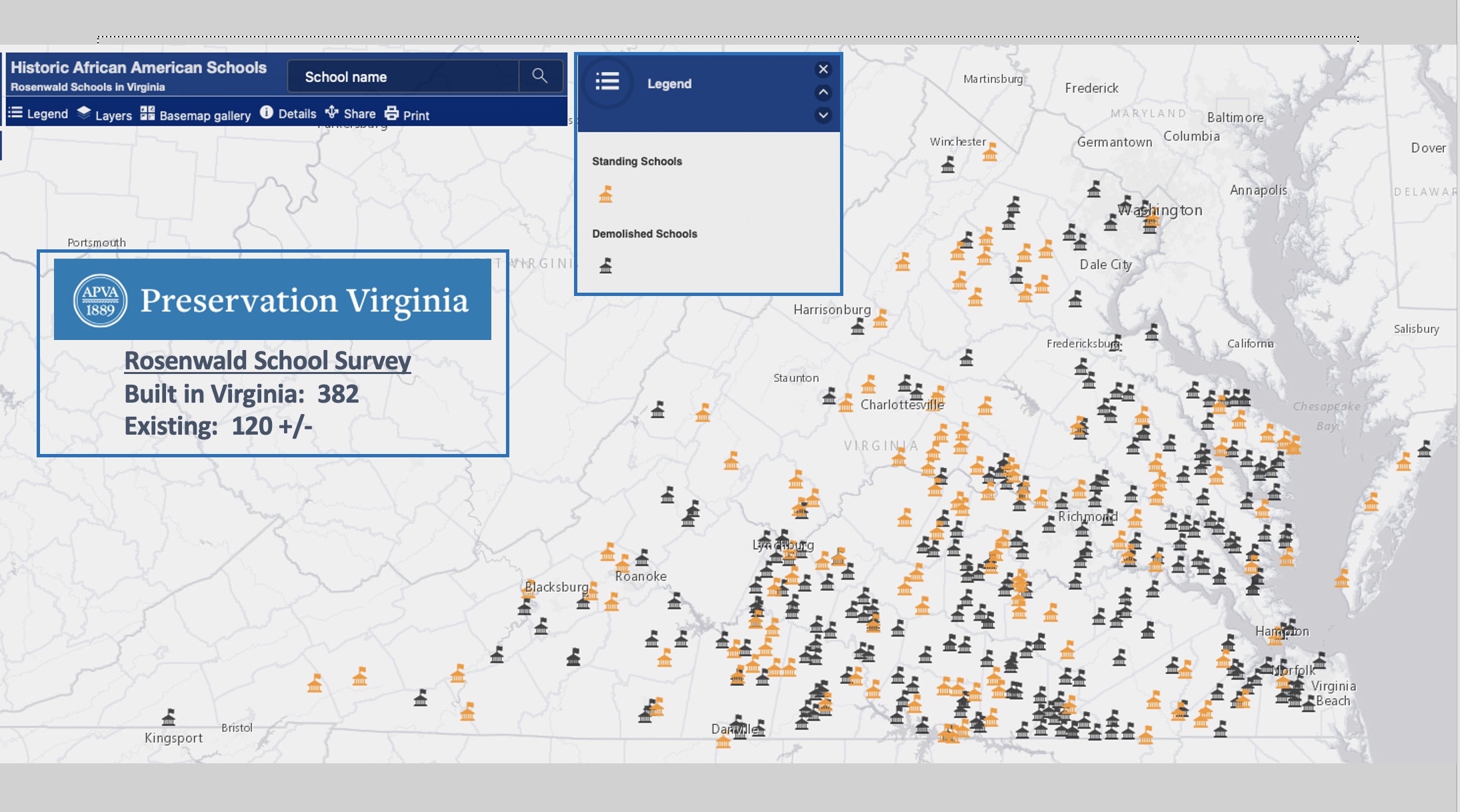 I am struck by the lack of plumbing and electricity. Were these not part of the Rosenwald plans?

No. In the Rosenwald Fund’s Community School Plans, issued in 1924, even the largest, seven-teacher model school plans, targeted for higher populated areas, make no provision for indoor plumbing or electricity.  (Central heating appears to have been presumed since chimneys are not provided for individual classrooms). This booklet includes plans and specifications for privies.

Do we know why there were such oddly specific interior color requirements? Was it part of a larger philosophy about a proper learning environment?

What if any provisions for utility rooms-- bathrooms, closets, possibly cafeteria space?

Cloakrooms and industrial rooms are common to all Rosenwald Schools, regardless of size. The Rosenwald Fund’s Community School Plans begins to include auditoriums and other auxiliary spaces (libraries and offices) for the larger four-to-seven teacher schools. None of these larger school plans, though, include interior bathrooms or cafeterias.

Where did public funds come from if the state was not funding schools for African American students?

Prior to the Progressive Era reforms that included Rosenwald-funded schools, the state funds provided to each county for public education were controlled by the all-white county school boards. Even though the amount of funding was based upon the number of school-age children of both races, the all-white school boards typically directed the majority of these funds to the support of white schools.

Isn't there a schoolteacher's home in Albemarle too?

The one-teacher White Hall School is noted as having a detached teacher’s cottage, of different construction type.  It is suggested that accommodation for a teacher was necessary for this school because of its remoteness.

I live near one of the Rosenwald schools that is in disrepair - in Elliston, VA.  Is there someone to contact about the potential preservation of other schools?

Information on the Elliston School, found with the Preservation Virginia Rosenwald Survey Map, shows a derelict building damaged by fire and open to the weather. It still looks salvageable but the effort to save the building starts with community action (just like the advocacy that resulted in the school’s initial construction). Preservation Virginia and the VA Dept of Historic Resources can provide advice and professional referrals, but it requires community leadership and support in the form of property-owner permission, volunteer labor, and a plan for future protection. Professional support is available, but it all starts with community self-help.

I am 76 and I played the games mentioned. Mrs. Kinney, I saw a pole in one picture. Did you have a maypole day? What was used for wrapping the pole?

The picture was not on the grounds of St. John. I don’t recall doing the Mayday Pole dance during my time. We had a pole, but it was a flag pole. During the time my mother attended school, they may have had a pole dance during May Day. I believe they used different colored ribbons to wrap the pole.

Where did Rebecca Kinney go to high school?

What became of those oral histories? Will visitors be able to hear any of that material?

Yes, they are available now on our website.  www.stjohnfamilylife.org Under the drop-down menu “more” click on “sights and sounds. Enjoy.

I learned of Rosenwald schools from the excellent bio of Julius Rosenwald by Ascoli. Can you recommend other resources to learn more?