Since 1989, W. Dean Harman, Professor of Chemistry in the College and Graduate School of Arts & Sciences at the University of Virginia has not only conducted world-renowned research but also succeeded as a distinguished teacher. Professor Harman has earned several teaching awards throughout his career, including the 1997 Cavalier Distinguished Teaching Chair, a chaired professorship that was presented at a home football game in the center of the field! In 2008, he also received the Alumni Association Distinguished Professor Award. In this Thoughts From the Lawn, Professor Harman discusses his 28-year journey of one particular undergraduate chemistry class and how it all began over lunch with a colleague.

About 28 years ago, I asked a good friend and colleague, Frank Carey, to have lunch. Having taught Organic Chemistry for decades, Frank was a fixture at UVA. He also happened to be the co-author of one of the most widely used textbooks on that subject in the country. As a new assistant professor, I had been assigned to teach General Chemistry, the course sequence taken by his students their previous year. I wanted to know with which topics from General Chemistry his students struggled when they applied them in his Organic Chemistry course. Did I give sufficient coverage to the topics he deemed most important? Could the students apply their previous learning to unfamiliar situations? 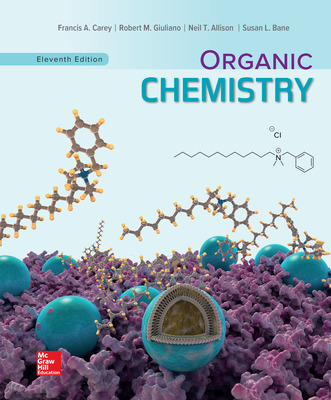 What started as a series of lunches focused on minor changes, gradually gave way to a radical idea. What if rather than making our two courses a little more similar, we made them the same? What if we took all the topics from the first two years of chemistry and rearranged them to optimize the way ideas build upon each other? The design of the course was surprisingly straightforward, even obvious. The first semester would focus on structure and its relationship to energy, following the fundamental idea that nature strives to reach the lowest potential energy. We would focus on both inorganic and organic molecular structures and factors that contribute to their stability. The second semester, quite naturally, would be chemical reactions that involve changes in structure that lower energy and add stability. The third semester would include advanced reactions culminating in understanding processes in biochemistry, which are nothing more than complex reactions. By the time students advanced this far, they would be prepared to revisit ideas of physical chemistry in the fourth semester, now using more quantitative mathematical tools.

Frank and I were so excited about these ideas but did not immediately anticipate all the logistical challenges we were creating for ourselves and others. First was the issue of textbooks, which served the conventional separation and sequence of chemistry education. Next, there was the expectation of the traditional sequence within medical schools, and other science departments. And then there was the issue of what to report on transcripts for students who elected not to take both years of the new sequence. These were all logistical issues that could be solved. The real challenge was convincing our colleagues, who argued that undergraduate chemistry courses had always been taught a certain way for a reason. Our saving grace was that the University of Virginia had two tracks, a mainstream track, and a more accelerated track for those students with strong preparation from high school. Our proposal was to run a pilot program within the smaller honors series, and after five years reevaluate. Miraculously, although there was a great deal of debate, our reasoning was accepted, and we were granted permission to conduct our experiment.

My duty was to teach CHEM1810, (initially CHEM180) Chemical Structure, which I teach to this day. This course needed to be a true hybrid of Organic Chemistry and General Chemistry. To fully immerse the students in the material, I wanted the course to feel more like a seminar than a lecture course, with a running dialog between professor and students. However, it needed to be even more. The students needed the space to argue their ideas, challenge each other in a respectful way, and own their education. This led to weekly problem sets in which students in small groups would work on problems together, with me and graduate TAs facilitating discussion. Not only did this turn out to be the most popular component of the course for the students taking the course, but every year graduates of the series would compete for a limited number of discussion facilitator slots. Some might argue that these study groups run the risk that not all conclusions reached are 100% accurate, but I would argue that there will always be time for students to fine-tune their understandings. It was important for us to capture their attention and imagination immediately and for students to see the power of science to predict and explain their world.

How do we know the experiment worked? Data we collected for our students' performances in their upper-division courses or graduate courses indicated that our approach was effective. Perhaps, even more important than these quantitative data, were the countless unsolicited notes and letters from students, sometimes received years after they had taken the course. Former CHEM1810 students are now professors at MIT, Harvard, Yale, Cornell, and other top universities. They have told us about how meaningful their experiences were in CHEM1810. Many who started together in CHEM1810 study groups, continued as study partners throughout their undergraduate years and some even went on to be life partners. The parents of one recent student in CHEM1810 met as study partners when they took the course.

I have been asked, "Don't you get bored teaching the same class every year?" Not even close. Each class is a new experience, colored by the experiences and perspectives of each group of new students. CHEM1810 and the multitude of fellowships I have shared with my 3,000+ students have been the single most rewarding experience of my career. I am grateful for my colleagues who allowed me and Frank, and the other professors that followed us, to teach the first two years of chemistry in a very unconventional way.