As we close the door on an unusual, memorable year, University of Virginia faculty recommend a few good books for you to give as gifts or put on your 2021 reading list. If you have read any of these titles, let us know what you think of them. We invite you to add your book suggestions below!

Sarah Lawson is associate director of the Virginia Center for the Book. The virtual Shelf Life series, hosted every Thursday by the Virginia Festival of the Book, features graphic novels, romance fiction, true crime, historical nonfiction, literary fiction, poetry, books for young readers, and even cookbooks. Select past events are available for on-demand viewing at VaBook.org.

Evicted: Poverty and Profit in the American City by Matthew Desmond—Winner of the Pulitzer Prize, the National Book Critics Circle Award for Nonfiction, and the Andrew Carnegie Medal for Excellence in Nonfiction, among many other accolades, this book is a must-read for all Americans. Princeton sociologist and MacArthur “Genius” Matthew Desmond follows eight families in Milwaukee as they each struggle to keep a roof over their heads. Evicted transforms our understanding of poverty and economic exploitation while providing fresh ideas for solving one of twenty-first-century America’s most devastating problems. Its unforgettable scenes of hope and loss remind us of the centrality of home, without which nothing else is possible.

Iwígara: The Kinship of Plants and People by Enrique Salmón—The belief that all life-forms are interconnected—known in the Rarámuri tribe as iwígara—has resulted in a treasury of knowledge about the natural world, passed down for millennia by native cultures. In this book, ethnobotanist Enrique Salmón highlights 80 plants revered by North America’s indigenous peoples, teaching the ways plants are used as food and medicine and the details of their identification and harvest, plus their role in traditional stories and myths. Publishers Weekly describes it as, “a beautifully illustrated and philosophically uplifting compendium [that] will strike a chord with many a nature-loving reader.”

The Shadow King by Maaza Mengiste—Set in Ethiopia in 1935, with the threat of Mussolini’s army looming, The Shadow King is a gorgeously crafted and unputdownable exploration of female power, and what it means to be a woman at war. The novel was shortlisted for the 2020 Booker Prize and was described by Salman Rushdie as, “a brilliant novel, lyrically lifting history towards myth [and] compulsively readable.”

Hieroglyphics by Jill McCorkle—In her deeply layered and masterful novel, Jill McCorkle deconstructs what it means to be a father or a mother, and what it means to be a child piecing together the world around us, learning to make sense of the hieroglyphics of history and memory. Booklist calls it, “a powerful evocation of loss and yearning… McCorkle testifies to the ageless nobility of human beings who want the next generation to do better. A deeply moving and insightful triumph.”

Make It Scream, Make It Burn by Leslie Jamison—With a virtuosic synthesis of memoir, criticism, and journalism, the essays in this book explore the oceanic depths of longing and the reverberations of obsession. Among Jamison’s subjects include “the loneliest whale in the world,” past-life memories of children, Second Life, the haunted landscape of the Sri Lankan Civil War, and a museum dedicated to the relics of broken relationships. Often compared to Joan Didion and Susan Sontag, Jamison interrogates life with nuance and rigor.

The Opium Prince by Jasmine Aimaq—Set in Afghanistan in the 1970s, this stunning debut explores Afghanistan on the eve of a violent revolution and the far-reaching consequences of a young Kochi girl’s tragic death. This groundbreaking literary thriller reveals the invisible lines between criminal enterprises and political regimes—and one man’s search for meaning at the heart of a violent revolution. 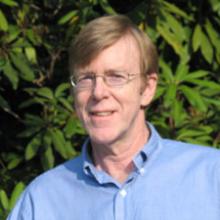 Julian Connolly is a professor in the Department of Slavic Languages and Literatures at UVA’s College and Graduate School of Arts & Sciences.

Pnin by Vladimir Nabokov (1957)–Nabokov’s short novel presents a touching tale of a Russian émigré’s attempt to find a secure home for himself in the shifting sands of American academia. Warmly humorous and poignant, Pnin highlights the protagonist’s essential kindness and compassion as he confronts many misfortunes in Europe and the United States. Nabokov deftly skewers the smug mediocrity to be found among some college faculty, and he contrasts that with the quiet dignity and bravery of those who’ve had to face adversity after being uprooted from their native land by war and revolution. A wonderful read, touched with the slightest hint of magic. 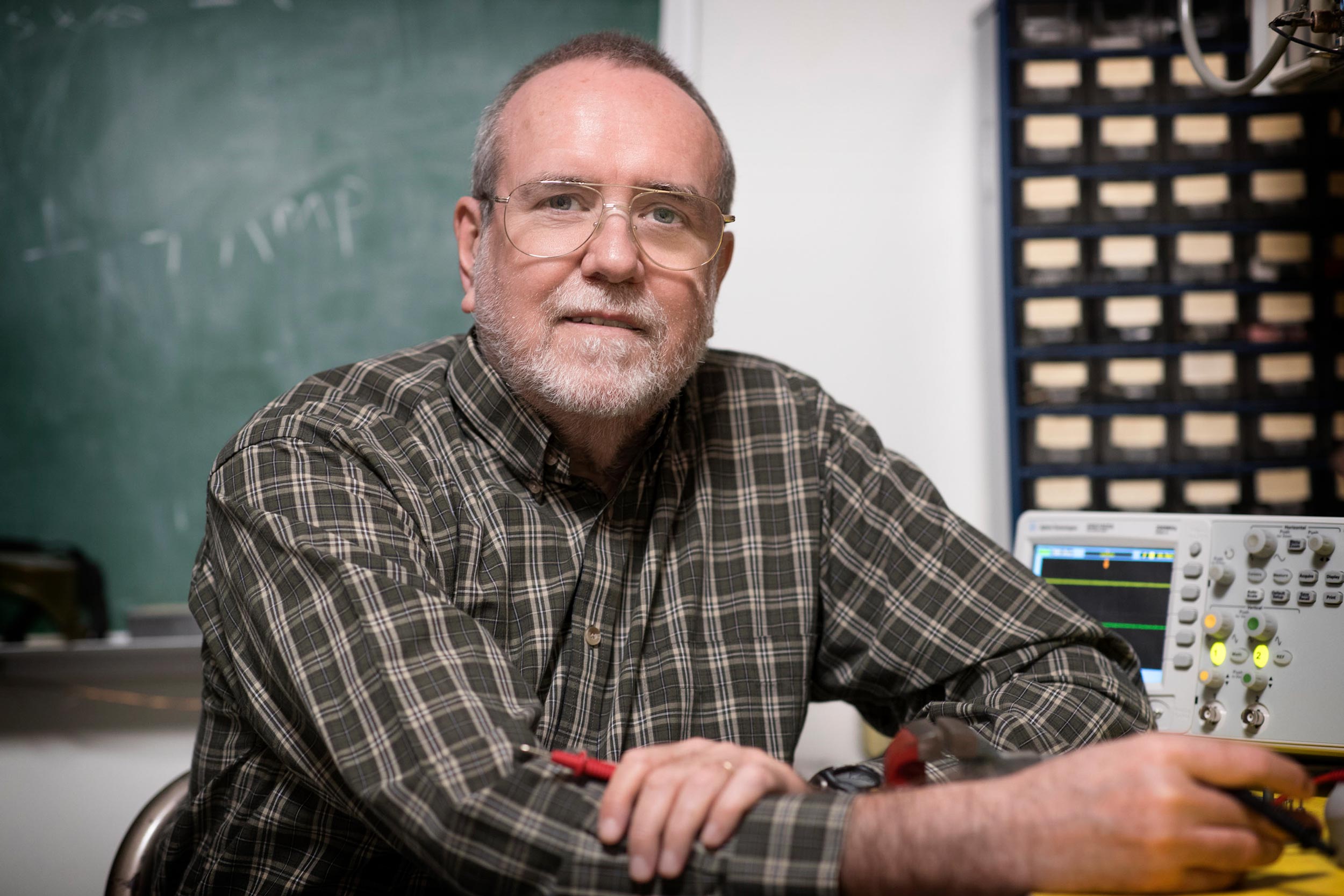 George Gillies is a research professor emeritus in the Department of Mechanical and Aerospace Engineering at UVA’s School of Engineering and Applied Science.

Amo, Amos, Amat and More by Gene Ehrlich (Harper and Rowe 1987, IBN: 0-06-091395-9)–For those who didn’t have the chance to take Latin in high school or could not fit an introductory course into their undergraduate curriculum as an elective, the delightful book Amo, Amos, Amat and More will offer an instructive overview of this ancient yet ever-useful language.  The author achieves this by providing translations of many common sayings and phrases of Latin, several of which remain in standard usage in our present time and each with a brief description of the cultural or historical context in which it arose. The subtitle of the book hints at the fun to be had by dropping the occasional well-chosen Latin phrase into a conversation now and then: “How to use Latin to your own advantage and to the astonishment of others.”

The book is partly referenced in nature and has a helpful index to the English translation of the various Latin phrases and terms. My own reading of it was done just a few pages at a time, giving me the opportunity to savor and reflect on each of the entries while also reviewing some of the previous ones. For those who enjoy the story of languages and learning about the ways in which words received their meanings, a perusal of this volume will truly be, as we say in the mother tongue, “spolia opima” (“How sweet it is!). 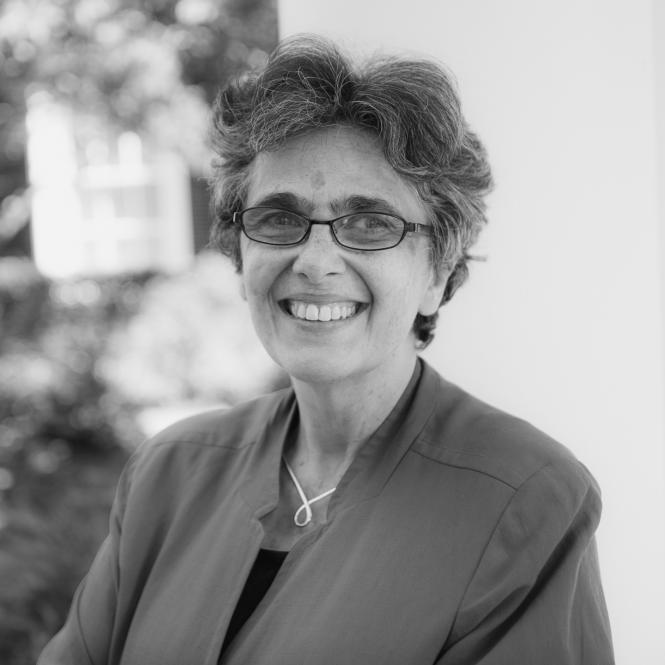 Mary C. Gentile is a professor of practice at UVA’s Darden School of Business. She is creator/director of Giving Voice To Values.

Giving Voice to Values: How to Speak Your Mind When You Know What’s Right by Mary C. Gentile–

Giving Voice to Values (GVV) is an innovative approach to values-driven leadership development in business education and the workplace. GVV is based at University of Virginia-Darden School of Business, having been launched by Aspen Institute as Incubator & Founding Partner, with Yale School of Management; then supported at Babson College 2009-16. Drawing on actual experience and scholarship, GVV fills a long-standing critical gap in the development of values-centered leaders. GVV is not about persuading people to be more ethical. Rather GVV starts from the premise that most of us already want to act on our values, but that we also want to feel that we have a reasonable chance of doing so effectively and successfully. This pedagogy and curriculum are about raising those odds. Rather than a focus on ethical analysis, the Giving Voice to Values (GVV) curriculum focuses on ethical implementation and asks the question: “What if I were going to act on my values? What would I say and do? How could I be most effective?”

Gentile also recommends these titles for reading in the New Year:

On Tyranny by Timothy Snyder

“…a slim book that fits alongside your pocket Constitution and feels only slightly less vital.” –Carlos Lozada, The Washington Post

“For such a small book, Snyder invests On Tyranny with considerable heft.” —Daniel W. Drezner, The New York Times

The Soul of America: The Battle for Our Better Angels by Jon Meacham

“Brilliant, fascinating, timely . . . With compelling narratives of past eras of strife and disenchantment, Meacham offers wisdom for our own time.”—Walter Isaacson

“Meacham gives readers a long-term perspective on American history and a reason to believe the soul of America is ultimately one of kindness and caring, not rancor and paranoia.”—USA Today