In honor of National Poetry Month, Lifetime Learning is featuring poems written by esteemed faculty all month long. This poem, “A Spanish Day,” is written by Stephen Cushman, Robert C Taylor Professor of English in the College and Graduate School of Arts & Sciences. He says this about his poem: 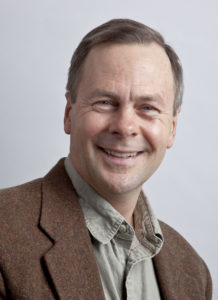 “This poem was written on a train heading north through Spain, from Madrid to Vitoria-Gasteiz, several years ago at this time of year, early April.  It is about something that happens to many of us, if natural events occur in the natural order, and many poems have been written about it.  This one, from a book called Heart Island (2006), approaches the subject in a particular way, using only elementary English I could have translated into Spanish after a few months of studying that language with audiotapes.  The grammar is simple, the vocabulary basic.  It was a way to keep the poem true.”

Today is Monday and April, and I’m in Madrid
in the Plaza de España, and there is much sun.

I only speak a little Spanish
and don’t know words for many things
like one for the sky when it’s easy to see.

Like the sky today, a day to say things
only in Spanish because I want to learn quickly
but also because what I can’t say in Spanish
I don’t need to say. Not today.

Today is Monday and April, and I’m in Madrid
in the Plaza de España, and there is much sun.

maybe too much when someone drinks wine
and not enough water, but the wine is good

and the sun is good, and here is Cervantes,
a monument for him, and here are two statues,
Quixote and Sancho, and I only speak a little Spanish

and don’t know words for many things
like the ones for the time that isn’t now.

The old men say nothing, and their silence is good
like water that’s cold when the sun is too much,
and it’s true I’m not old, but I’m also not young.

Not today. Today is Monday and April,
and Enchanted, I say, to the Plaza de España,
to Madrid and the sun and the easy-see sky

because I only speak a little Spanish
and Enchanted is the thing to say
when you see someone for the very first time,
and when he says, Good Afternoon, How Are You,
I Call Myself Cervantes, I can say
Enchanted, Cervantes, I Am Very Well,
I Call Myself Esteban, and then we are friends
and can drink the tinted wine together
in the sun with the sky in the Plaza de España.

But not today.  I only speak a little Spanish
and do not know in the Plaza de España
that when I’m in the hotel again,
without Cervantes and the silent old men,

the señora is saying your mother is calling
and here is the number and then it’s the night
for my father forever and he’s without sun
or water or wine, and now he’s enchanted
on Monday in April far from Madrid. 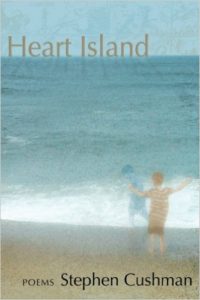 Purchase this book and others by UVA faculty at the UVA Bookstore.